This guide will cover how to lay out visual elements. It's an important concept for creating responsive, dynamic interfaces for your apps.

We will cover the following topics in this guide:

The Group node is the most central node for doing a layout. It's the fundamental way of building visual hierarchies and structures in Noodl.

Group nodes are arranged in a hierarchy and can have other nodes as children. It controls the layout of its children and there are a number of properties that can be used to specify how the children of a Group node will be laid out. You can copy the various node examples used in this guide by clicking "Copy nodes" and then pasting into a Noodl project.

Hovering on a node in Noodl with the mouse cursor will highlight the corresponding visual element in the preview window. This is a great way to debug your layout. For example you hover over a node and you cannot see it in the preview window, it's likely that it has a zero size or lies outside the screen.

By default the Group node will stack its children vertically. You can change the layout direction by editing the Layout property:

Here's an example you can copy into Noodl. Click the "Copy nodes" button next to the image and press Ctrl+V (Windows) or Cmd+V (macOS) to paste them into Noodl. Make sure you have a project open.

Change the Layout of the top level node to see how the direction of the child nodes change.

As a child of a group you can also control how you will be layouted by setting the Position property:

The dimensions section control how the size of a Group will be calculated. 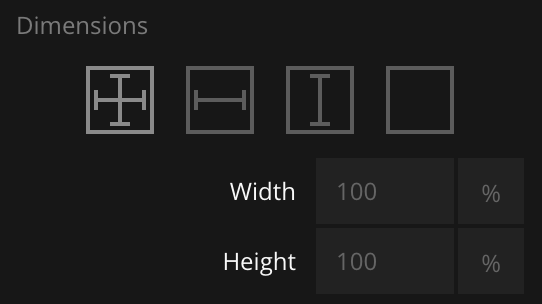 A Group can also get its dimensions from the size of its children. You use the icons at the top to change between the four modes (from right):

You can copy the nodes below to an empty component in Noodl. The result is shown to the right. These nodes each use a different setting for the Dimensions icons. 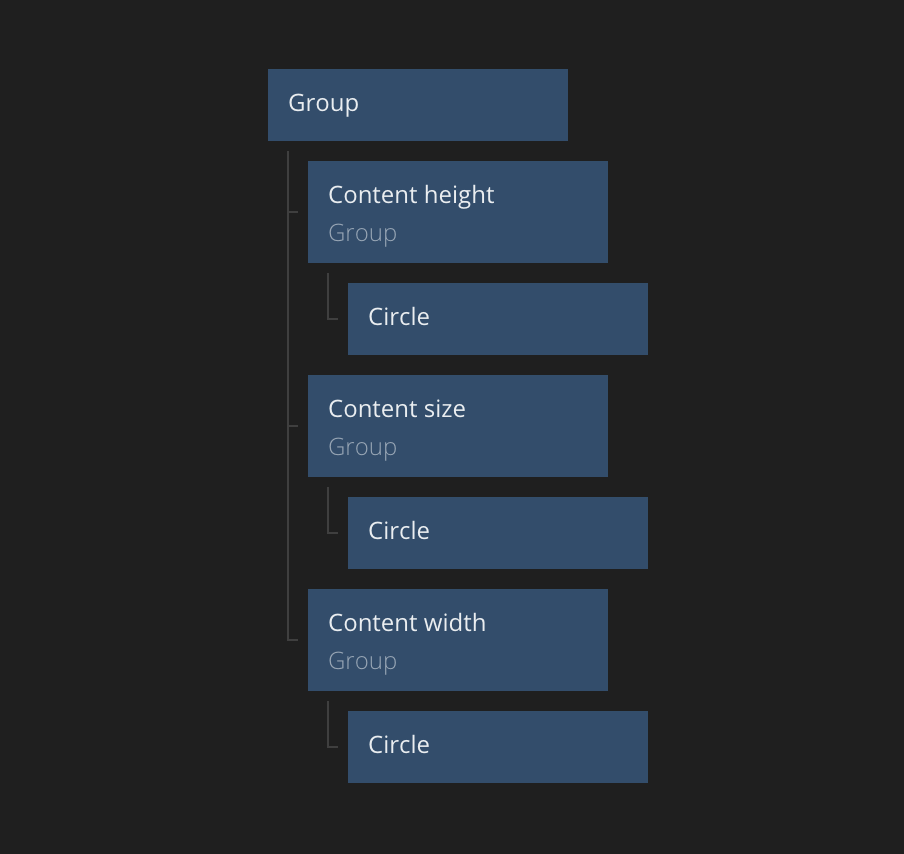 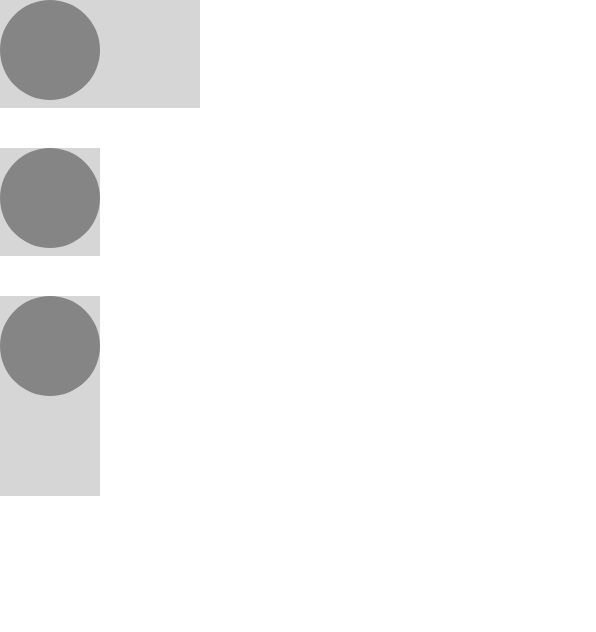 This dynamic sizing can be disabled by enabling Fixed.

Here's an example with two Groups, both set to 100% height. With Fixed disabled they will both try to grow to the same size as the parent. As the rules above implied, the Groups final size will be 50% to make sure that both Groups have equal space and are shown on the screen.

Enabling Fixed will force a Group to be exactly the size that's specified and disable dynamic sizing. With Fixed enabled the first Group will cover the entire screen, and there will be no space left for the second Group that'll be pushed outside the screen.

A Group with dimensions set in % will expand to make sure it at least the same size as all of its content. This can be changed be either enabling Fixed or as in this example, enable Clip content.

You can use the alignment controls to pin the children to a specific edge, or how the remaining space should be distributed among the children. The padding of a group determines where that edge is.

A Group can control the alignment of its children using the Align and justify content property.

Children can use the alignment controls to override the parent's alignment settings.

Children can use margins to offset the position from how it's aligned.

Clicking on a node will select it and open the property panel. This panel has controls for setting the margin and padding. 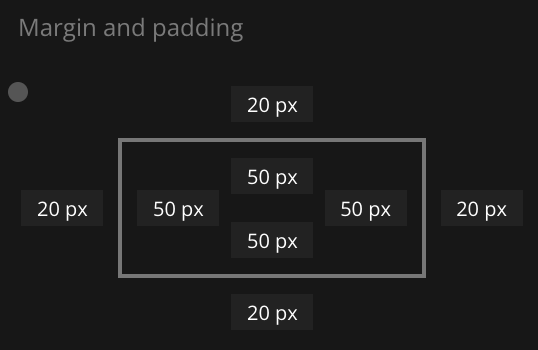 A good way to learn these concepts is to adjust and tweak the three nodes in this simple hierarchy. Try modifying the padding and margins and note the difference between them.

If the child nodes extend beyond the border of the parent you have a couple of options to control the behavior, wrapping or scrolling. This section will explain the wrapping options that are available.

Wrapping is controlled by the Multi Line Wrap option in the properties.

You can choose any of these options:

Here's an example of a horizontal layout with Multi Line Wrap set to On.