Use this node to store a single data variable that will be globally accessible throughout the application. Variable works in a similar way as Object but can only store one value. 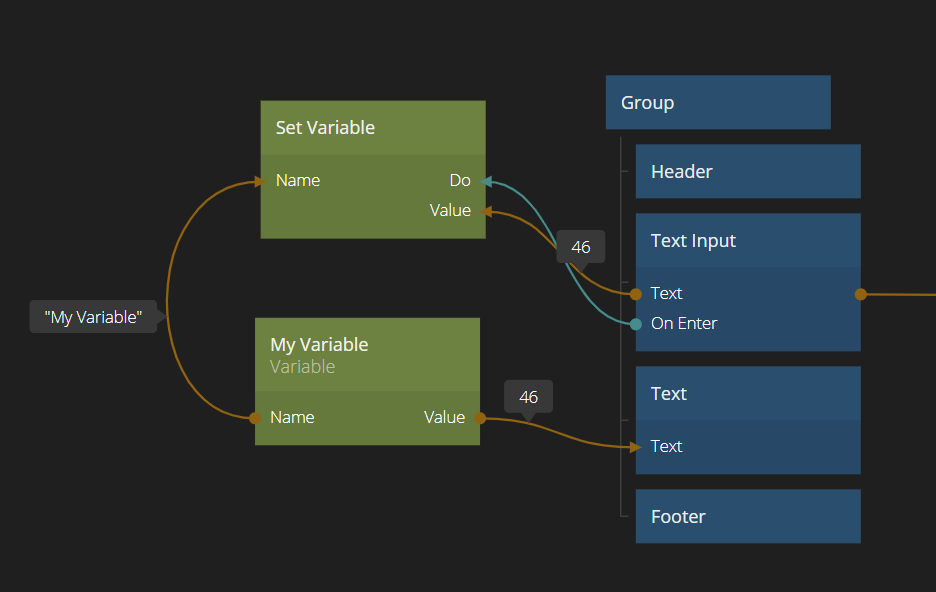 The value can be dynamically stored, either by passing it a new value or by sending signals to the Set Variable node.

Give the Variable a name with the Name input and simply connect to Value, whenever the input connection is updated the value will be stored in the variable. You can also use the Set Variable node to update tha value of a Variable. In this case, you control when the value is stored by sending a signal to the Do action.

Use a stored value​

When a value is stored in a variable you can use it somewhere else in your application simply be creating a new node and giving it the same Name and connecting the Value property.