This module contains a simple Image Cropper component, along with an example of how to use it. It's mainly intended to crop images for e.g. profile pictures. The cropper takes a File containing an image as an input (typically coming from an Open File Picker node). It then lets the user pan and zoom in the image to find the area to crop out. The Image Cropper provides a URL to the image and the file object to the area that's currently being cropped out. This file is typically passed to a Upload File node.

The component itself is relatively simple. It shows the provided picture and a mask on top. The area in the mask is what will be cropped out. The user can pan around and Zoom using the scroll wheel. You can also zoom in and zoom out by triggering signals (e.g. coming from Buttons). The mask can be customized to fit the style of your app.

Each time the user pans or zooms to a new area the cropped version of the image is generated. The component outputs both the File and a URL to the image (which will be a local blob file). Below is an example of how it can be used. (The example is also provided as part of the module). 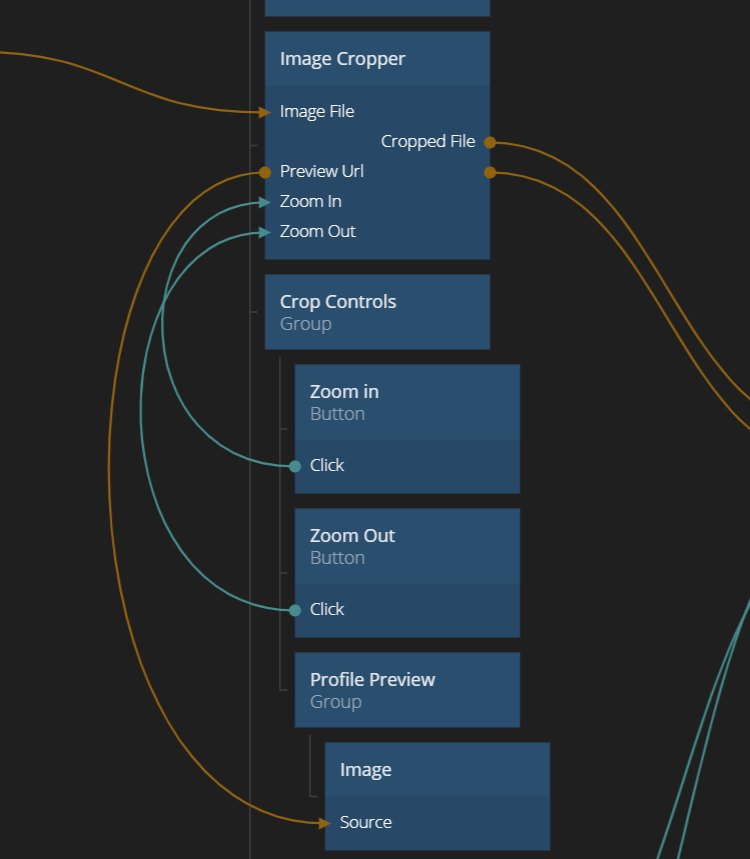 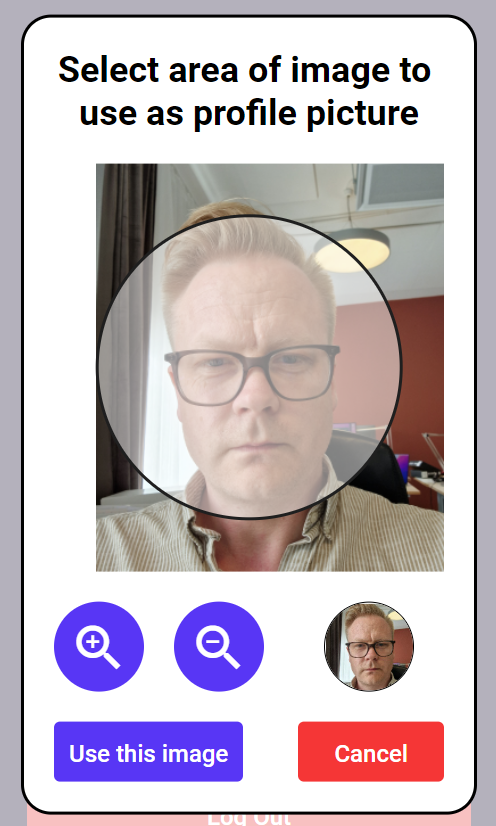 When you import the module you will get a new sheet called Image Cropper. This will include a folder called Example Usage with a simple example using it in a popup. The main component is the Image Cropper.

It's very easy to try out the Image Cropper in the Sign Up Template. Start a new project using that template. Then in the page Profile. Then change up the part where the profile picture is saved as the image below. 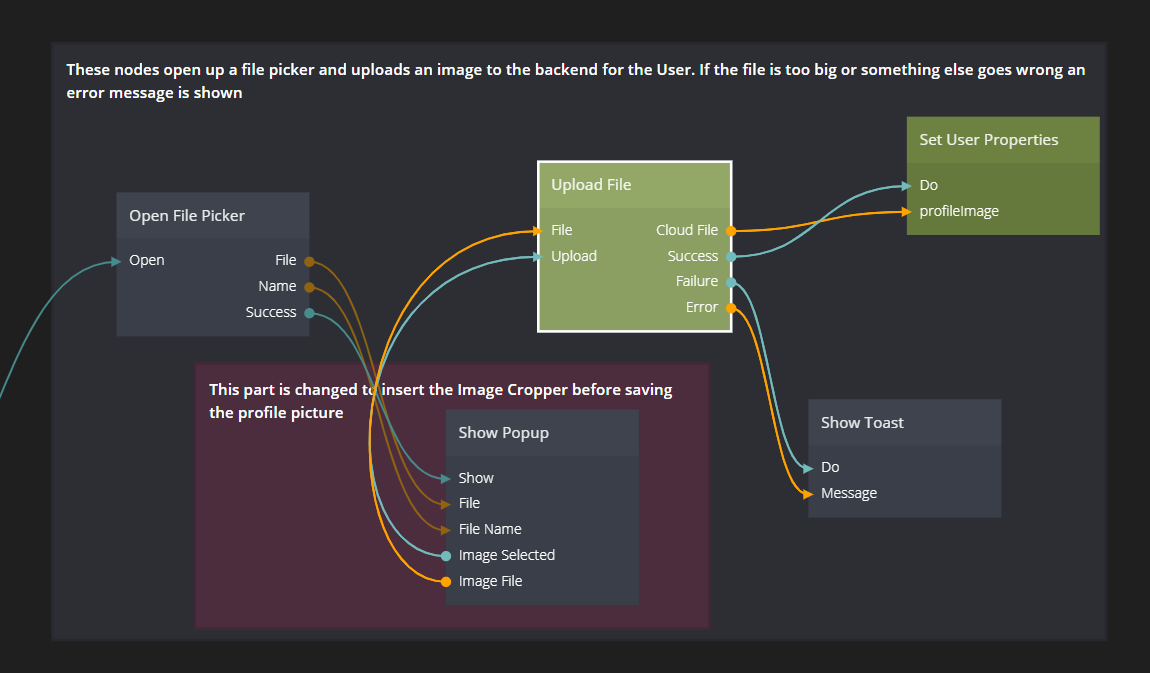 Use the popup provided in the Usage Example called Cropper Popup.